Anxiety weighs down the heart, but a kind word cheers it up. - Proverbs 12:25 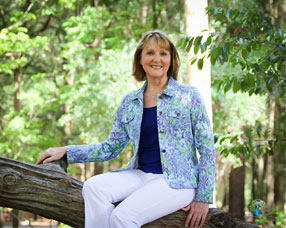 I’m just an ordinary whosoever, raised in the 60’s and 70’s in a rural northeastern Ohio town called Middlefield. The only minorities we had in those days were the Amish and I didn’t realize I was different from my Amish friends until I was eight years old.

I believed I was a Christian because I was American and I wasn’t Jewish. Somewhere in my bored-with-life teenage years, I elected a rebellious lifestyle over the stable childhood offered me. Not surprisingly, my defiant choices carried me through the statistics of pregnant teen bride to abused spouse to single mother.

My kids, Angel and Alex, were my reason to get up in the morning. I instinctively knew I had to protect those beautiful babies and gathered the courage to finally leave my marriage of disparage. At last I was free, but my decision-making skills hadn’t improved. I continued to live for Satan, often considering suicide until I was 24 years old.

Facing the frustrations of single motherhood without knowing Jesus Christ, I fell to my knees at a women’s retreat in Columbus, Ohio. Quietly and alone in the bathroom of my hotel room, I asked the Lord to come into my heart. I asked Him to take control of my life, because my life was so very out of control.

And you know what? I found myself never alone again. Through stormy times, God is there with me, assuring me that things will get better and giving me the strength to endure. Even when they seem impossible, they actually DO get better. It’s not about religion; it’s about a personal relationship with Jesus. This life called Christianity is incredible!

So after giving my life to God, with the fire of the Holy Spirit burning in my heart, I strived to know Him better. In time, He graciously blessed me and my kids with a godly man of integrity – Jerry Stigliano, the handsome, single principal at my daughter’s Christian school. We were married in November of 1985 and have weathered the ups and downs of a blended family. Our kids are adults now and aren’t just family, they’re our friends.